All about Solar Source, Serving the Tampa Bay Area

We design, finance, and install solar systems for customers in our backyard and across the globe.

Solar Source Delivers the Power of Sunlight in Four Ways: 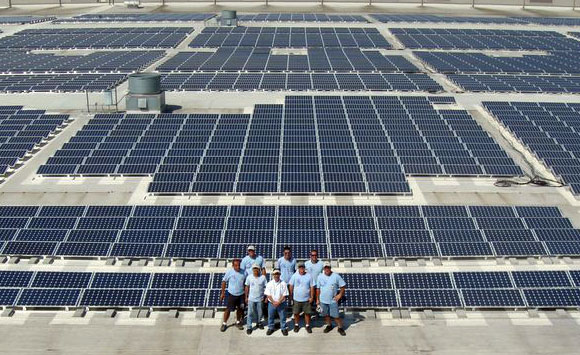 Solar Source is the founding entity of Solar Source Institute, a licensed educational facility that provides solar training for the construction industry.

With over 30,000 residential customers in Florida and multi-megawatt projects with school districts, military installations, and commercial businesses, Solar Source is your source for solar energy.

Some of Solar Source’s Prize Projects Include the Following:

Solar Source is a Member in Good Standing of:

Solar Source President, Wayne Wallace began knocking on doors when there was a Federal tax credit for solar hot water heaters back in 1984. Wallace made the sale, purchased the equipment installed the system with the help of a friend. When the Federal tax credits expired most start-up solar companies went under, but Wallace diversified to sell pool heating systems and he provided service for orphaned systems that failed competitors had left behind.

In 1988 United Marketing Associates, the distributor of Heliocol, noticed Wallace’s sales in Florida and offered him an exclusive territory agreement for Pinellas County. By 2005, when the Federal incentives returned and 2006 when the Florida Solar Rebate Program was launched, Solar Source had become the exclusive dealer of the pool heating line for a four-county area with rights to sell nonexclusively in two others.

After the 2008 recession there was a renewed interest in lowering electric bills. Solar Source capitalized on the demand for solar hot water heaters and solar electricity systems. Wallace expanded his product line to include solar attic fans, variable speed pool pumps and other energy saving technologies.

When the housing market crashed, Wallace saw an opportunity. He knew unemployed contractors could profit installing solar, but they needed to learn how. Wallace made it his goal to retrain Florida’s construction industry. Solar Source founded Solar Source Institute (SSI) in 2007. Solar Source developed partnerships with local colleges, who adopted SSI courses.

With the unanticipated popularity of Florida’s Solar Rebate Program the funds were quickly depleted and the local, residential solar market lost momentum. Solar Source shifted gears again and focused on securing government and military contracts. The company secured contracts to install solar systems for St. Petersburg, Deerfield Beach, Green Cove Springs, Starke, St. Cloud and other Florida municipalities. In 2012, Solar Source completed construction on a 1,200 panel solar array at Naval Station Guantanamo Bay. With the Navy’s goal of cutting fossil fuel consumption in half by 2020, there is ample opportunity to secure additional contracts with the military.